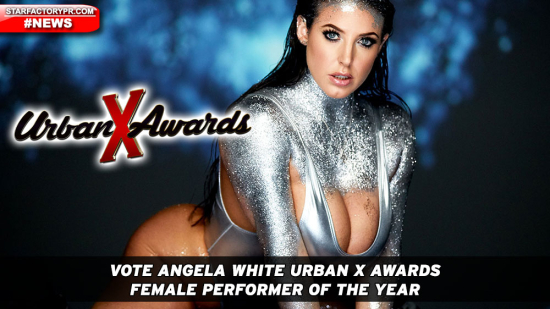 Adult entertainment superstar Angela White is in the running for Urban X Awards Female Performer of the Year! Want to help her win? Read on:

After laying down an incredibly successful year of stand-out scenes, Angela White has been nominated for the Urban X Female Performer of the Year award! The buxom beauty has been on an incredible streak as her hardcore showcases like I Am Angela and Angela by Darkko have become industry blockbusters. Now, Angela is recognized by the Urban X Awards with a Female Performer of the Year nomination.

The Urban X Awards are voted on by the fans, so YOU can help Angela win the award and all you gotta do is vote. Voting is now open and you can head over to the Urban X awards site and make Angela your choice - https://urbanxawards.com/2019-voting/.

Voting ends on August 5th and the winners will be announced at the awards show on August 18. Show your love for Angela White and get voting now!

Interview request for Angela White can be made to Star Factory PR: [email protected].