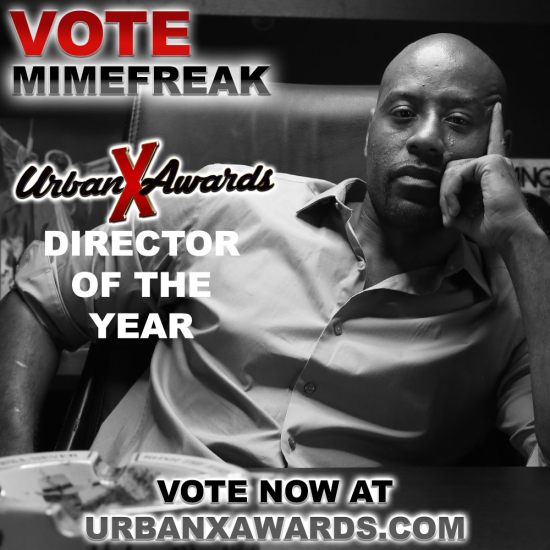 The accomplished ArchAngel Video director has received a nomination for a significant and strong body of work.

(HOLLYWOOD, CA) ArchAngel Video's in-house director and general manager MimeFreak (https://twitter.com/mimefreak) is recognized with an Urban X Awards nomination for Director Of The Year. Having established the ArchAngel "look", MimeFreak has consistently lensed fan and reviewer praised films. Some of the critically acclaimed titles directed by MimeFreak during this eligibility period include the all-black feature True Black Romance, fan-favorite The Booty Movie Vol. 7, the tribute to red-headed hotties in Ultimate Gingers, a showcase of top mature performers with True MILF 4 and an epic featuring top African-American performers - The Black ArchAngels. This diverse filmography has demonstrated MimeFreak's versatility that the Urban X Awards have taken note of. For this, MimeFreak has been nominated for Director Of The Year.

"I was little taken aback by the news of the nomination," said MimeFreak. "I believe in the work I have produced and very proud of it but it's always a little surprising when you find you have been nominated. I'm very thankful, very grateful for the recognition. The Urban X Award is an important part of our industry and I am thrilled with the Director of the Year nomination."

Show your support for MimeFreak and ArchAngel Video by voting for him. Head over to the Urban X Awards website and vote him Director of the Year.