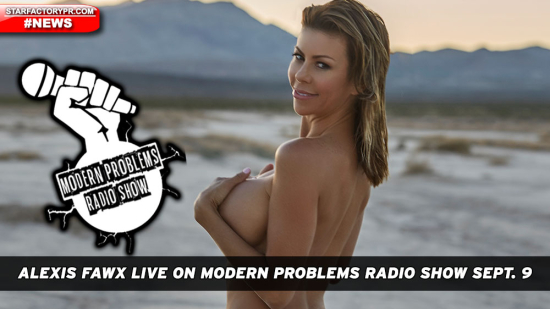 Star Factory PR arranged for Alexis to join the crew of the Modern Problems Radio Show and give them the inside scoop on Alexis Loves Girls. Want to know more about Alexis? Make sure you listen in and you can do that right here - http://www.modprobradio.com/, September 9th, at 6:30 pm PT. You can tweet your questions for Alexis to show at https://twitter.com/modprobradio.

Interview requests for Alexis Fawx can be made to Star Factory PR: Tanya@StarFactoryPR.com.