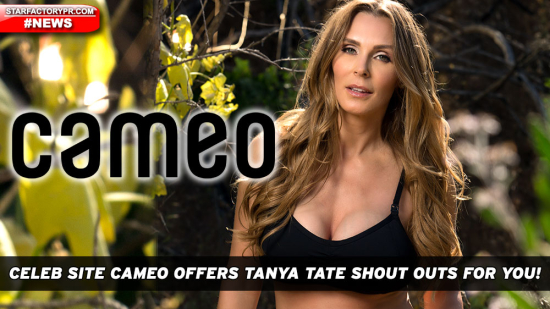 Have a special occasion coming up? Birthday? Bachelor party? Then head over to Cameo to score a shout out from adult superstar Tanya Tate!

Now fans get a personal message from Tanya through the magic of Cameo, the platform that lets you request shoutout videos from celebrities, influences, and athletes.

Purchase a video from Tanya from the Cameo site here: https://www.cameo.com/tanyatate. A quick form asks what Tanya should say, what the occasion is (birthday, bachelor party, a work milestone, etc.). Afterward, Tanya will film a video clip for, and it will be available to download via Cameo's website.

Head over to the Cameo website for a video featuring Tanya Tate! https://www.cameo.com/tanyatate.

Interview requests for Tanya Tate can be made to Star Factory PR: [email protected].