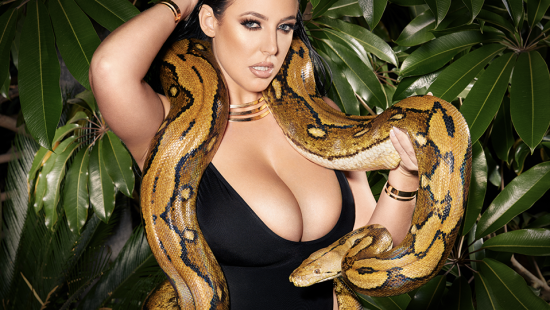 Angela White nominated for Female Performer of the Year at the 2020 XBIZ Awards.

“Thank you XBIZ for recognizing the work and talent of my co-stars and crew, and the vision and skill of Jules Jordan, Kayden Kross and Bree Mills,” said Angela. “I am extremely proud of everything we were able to achieve together and grateful for the opportunities this amazing industry presented me this year. I would like to extend a heartfelt thank you to Jules, Kayden and Bree for inviting me to be part of such inspiring productions. I would like thank my amazing crew — Chris A., Sal Genoa, Alex Ladd, Eddie Hollywood, Rosalinda, Marine and Joel, for bringing so much passion and dedication to the set of Angela Loves Women 5. And I would like to sincerely thank all the directors, producers and performers I had the opportunity to work and collaborate with over the past 12 months. Thank you Mark Spiegler for another wonderful year of friendship and representation. And thank you to all of my amazing fans for another year of incredible support.”

2019 saw Angela deliver another phenomenal year of blistering performances and she received 10 nominations for the 2020 XBIZ Awards for her talent and efforts as a performer, actress and producer.