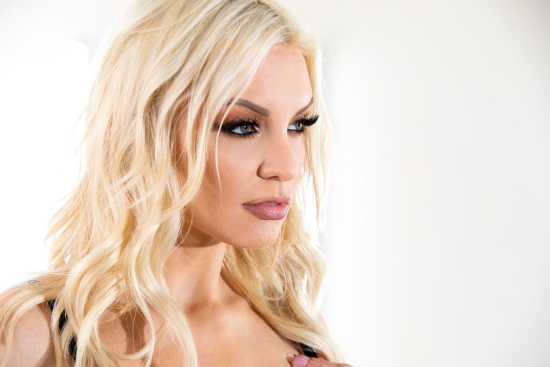 Fans of the award-winning performer can see Kenzie in a new scene and in-person at three California Feature Dancer appearances.

"Having the opportunity to see my own vision and words come to life under the direction of Craven Moorehead has been an amazing and first one of its kind type of experience," said Kenzie. "I am beyond grateful to everyone who had a say or participated in creating this baby." 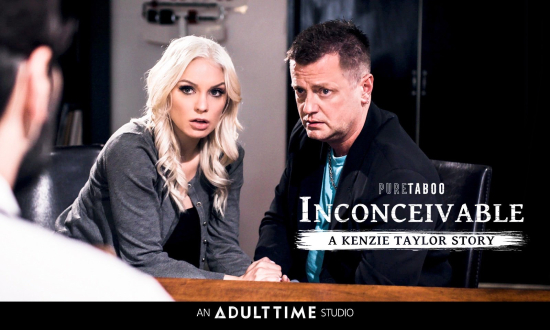 "When I first read Kenzie's story, I wanted to give her a hug, knowing that it was loosely based on real-life events that she experienced," said director Craven Moorehead. "It was a fantastic script, and Kenzie is a fierce and passionate actress. It was a real pleasure getting to work with her. She knew what she wanted and who she wanted to play each role. I was just fortunate that she allowed me to bring her story to the big screen. I cannot wait for her fans to see what we created!"

Not only did Kenzie develop the concept, but she also handpicked the cast as well. Joining the blonde bombshell in this production are actors Tommy Pistol and Eric Masterson.

In Inconceivable: A Kenzie Taylor Story, a devious fertility doctor creampies a desperate female client in front of her husband. The scene drops on Pure Taboo's site on November 14th. The trailer and additional information about the video can be found here: https://www.puretaboo.com/en/video/Inconceivable-A-Kenzie-Taylor-Story/166550.

Fans will have the opportunity to tell Kenzie how much they enjoyed the scene this weekend as the stunning sex star is set for three headlining appearances in California. The Deja Vu gentlemen's club in Stockton will be treated to Kenzie's striptease show on November 14th while the Deja Vu in Rancho Cordova gets the hardcore superstar on November 15th. On the 16th Kenzie will be at Deja Vu Showgirls in Bakersfield. After each performance, attendees will have the chance to meet Kenzie in person for autographs, selfies, and can even buy lapdances. The Stockton Deja Vu is located at 4206 West Ln. Fans can find the Rancho Cordova Deja Vu at 11252 Trade Center Dr and the Bakersfield location at 1524 Golden State Ave.