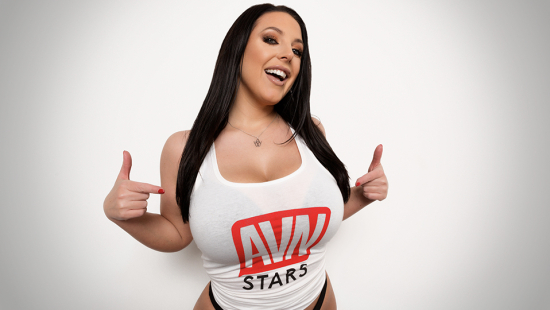 “Thank you AVN for honoring me with these three fan award nominations,” said Angela. “And thank you to all of my fans that have already joined my AVN Stars account and started voting for me; it’s greatly appreciated. Without my amazing, dedicated fans, I wouldn’t be where I am today. I encourage all my fans to sign up to AVN Stars and to vote for me every day.”

AVN Fan Award winners will be determined by the public. Fans can show their support for Angela by voting for her each day on the AVN Stars website: https://stars.avn.com/avn_awards/voting. Fans will need to create an AVN Stars account or login to their existing accounts to vote. Voting will end on January 25, 2020.