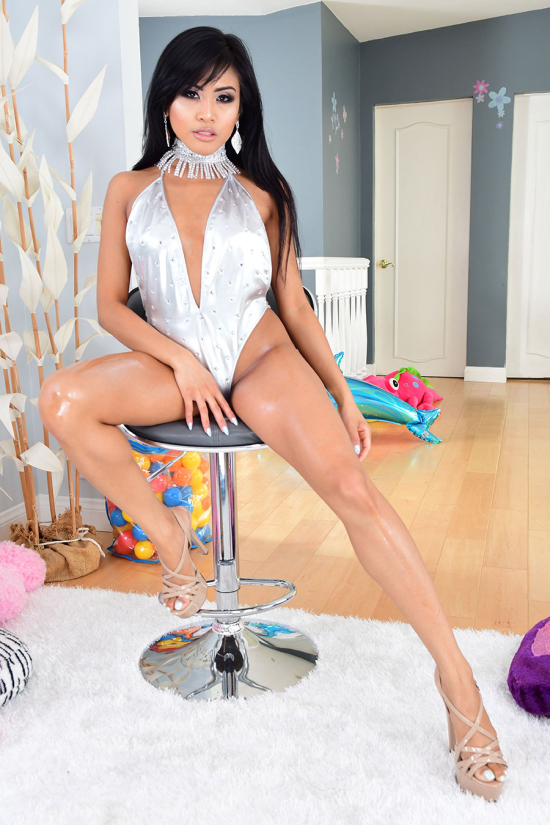 (HOLLYWOOD, CA) A fiery performance in Evil Angel's Trans-Visions 15 results in an AVN Award nomination for Ember Snow (https://twitter.com/embersnowxxx). A perfect pairing between Chanel Santini and Ember in the Joey Silvera directed video secures the performers a spot as contenders for AVN's Best Transgender One-on-One Sex Scene award. The scene is a display of pure lust as the duo devour each other in the high-energy video. A combination of organic passion and hot sex make this jaw-dropping scene unforgettable.

"The scene was definitely among my best," said Ember. "Chanel is incredibly gorgeous, and I could not keep my hands off her. Joey is a legend in the industry and captured the intensity of the moment. I'm excited knowing that our scene in Trans-Visions 15 may win an AVN Award."

Trans-Visions 15 from Evil Angel is available now from adult retailers.

Choice, the Ember Snow produced collaboration with Nice Guys, also received a couple of AVN Award nominations. The project landed a Best Comedy nomination while one of the stars, Nathan Bronson, is in the running to win the Best Supporting Actor category. Choice's nominations are a testament to Ember's abilities aside from on-screen performing. With several projects on the horizon, the brunette beauty could see more of her future produced ventures as award contenders. Choice is available now on VOD from adult retailers.

Ember Snow's hardcore hook-up with Chanel Santini in Trans-Visions 15 is headed into the 2020 AVN Awards with a nomination for Best Transgender One-on-One Sex Scene! If that weren't enough, the Ember produced video Choice is also looking to win two awards!