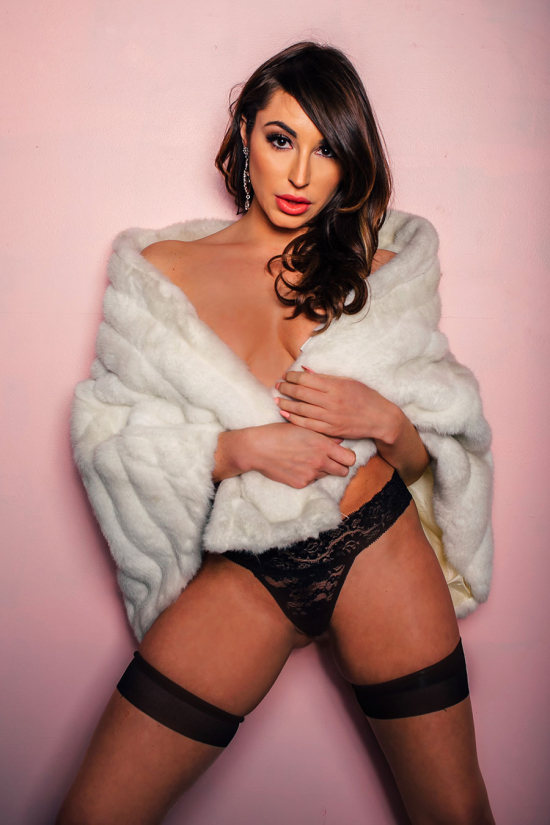 The sultry sex film star is in the running to win an AVN Fan-Voted Award!

(HOLLYWOOD, CA) Penthouse Pet Christiana Cinn (https://twitter.com/christianacinn) receives a nomination in the AVN's Fan-Voted Awards for Social Media Star. Connecting with her fan base continues to be an essential facet of Christiana's career. Since first stepping in front of the cameras, Christiana has made it a point to engage her followers and keep them dialed into her latest projects. Christiana's dedication to her followers has made her a contender for AVN's Social Media Star.

"I'm honored to be up for Social Media Star," said Christiana. "I love performing and sharing everything I am doing with my followers. They also get to see a side of me that may not come across when I am acting. I think that's important in building a connection with the fans. I'm letting them know to vote for me on AVN Stars if they want me to win."

Winners of AVN's Fan-Voted Awards are determined by the public. Fans can express their love for Christiana by voting for her each day on the AVN Stars website - https://stars.avn.com/avn_awards/voting/24. There, they need to create a profile or log in to their existing one. Voting ends on January 25th, 2020, at noon. Winners of the AVN Awards will be announced at the annual gala in Las Vegas at the Hard Rock Hotel & Casino on January 25th, 2020. Information is available on the AVN Awards website - https://avn.com/awards.

Cast a vote for Christiana and make her your choice for AVN Awards Social Media Star!

Christiana Cinn is self-represented and can be booked directly:
[email protected]