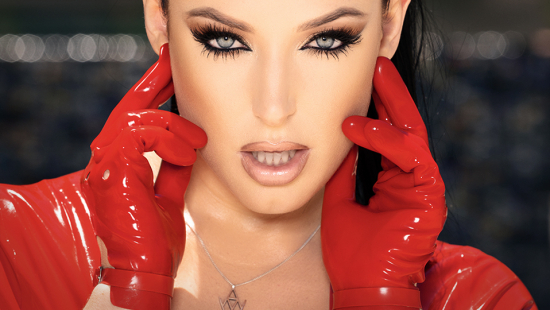 (HOLLYWOOD, CA) At the 2020 XBIZ Awards in Downtown Los Angeles, adult entertainment superstar Angela White (http://angelawhite.com/) was named XBIZ Female Performer of the Year. 2019 was another highly impressive year for Angela, which included leading roles in high profile features for Kayden Kross and Bree Mills, a monumental showcase for Jules Jordan, and an imposing body of work, as diverse as it was large. XBIZ recognized Angela’s undeniable skill and commitment on a night where the best in the business were honored.

“Thank you XBIZ for awarding me Female Performer of the Year,” said Angela. “2019 was another incredible year of growth for me, both professionally and personally, and I cannot thank those enough that made it possible. Thank you Jules Jordan and Eliott for joining me on the journey that was ‘Angela White: Dark Side;’ thank you Bree Mills and Kayden Kross for helping me grow as an actress in ‘Perspective’ and ‘Drive’; and thank you to my wonderful crew for going above and beyond to ensure 'Angela Loves Women 5’ was everything it could be. I'd also like to thank Chris Streams and Tony Flush and the entire cast of 'Angela Loves Anal 2'. I am extremely grateful to all the incredible directors and performers I had the privilege of working with; my friends Mark Spiegler and George at Spiegler Girls; Tanya and Alex at Star Factory PR; Moose and Girlfriends Films; and all my wonderful fans.”