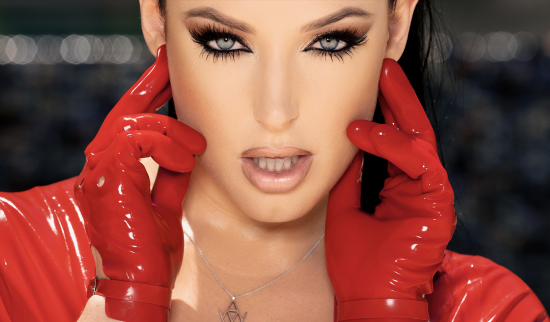 (HOLLYWOOD, CA) Three-time AVN Female Performer of the Year Angela White (http://angelawhite.com/) has secured seven 2021 AVN Awards nominations. The dynamic actress has had another fantastic year. Viewers enjoyed a wealth of new hardcore scenes and features that showcased Angela's versatility and an undeniable love of sex. The culmination of this fantastic body of work, once again, earns Angela a spot in AVN's Female Performer of the Year category.

Angela's performance in AllHerLuv.com's Seasons merited a nomination for Best Actress - Featurette. In the film, Angela stars as a workaholic caring for her significant other. While the love remains, the couple looks to reignite a passion that may have dissipated. A tour-de-force display by Angela is among the year's most memorable.

“Thank you AVN for nominating my work in seven categories, it is an honor to have my performances recognized," said Angela. "Thank you to all the production companies, directors, crew and fellow performers I had the privilege of working with over the past 12 months. I’m excited to see you all at the virtual awards ceremony in 2021.”

AVN also offers adult entertainment enthusiasts to get in on the action with the AVN Awards Fan Vote. Fans may cast five votes per day for each category. Voting ends on January 23rd, 2021, at noon. Angela is a contender in three categories and is looking to her supporters to join the fun by voting for her in the following:

The annual AVN Awards will be held virtually on January 23rd, 2021. More information is available on AVN.com.

Angela White makes has a strong presence in the AVN Awards with seven nominations! An added three Fan-Voted nominations adds up to an impressive showing for the reigning Female Performer of the Year!