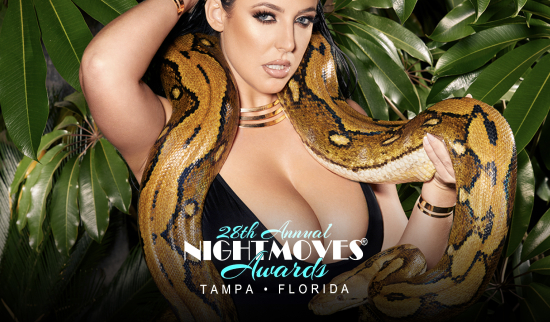 (HOLLYWOOD, CA) Angela White (http://angelawhite.com/) wins the Best Actress - Fan's Choice at the NightMoves Awards. Angela has long established herself as a versatile performer. Whether it's gonzo or features, Angela always delivers a stand-out performance. Among the titles that helped secure Angela the Best Actress win were the critically acclaimed films Drive (Deeper) and Perspective (Adult Time). In both films, Angela gave a tour-de-force performance that was recognized by NightMoves fans.

“Thank you NightMoves, and to all of my fans, for awarding me Best Actress,” said Angela. “I was fortunate to get the opportunity to work on a number of incredible feature productions that really helped me grow as an actress. And to win Best All Sex/Gonzo release with Jules for Darkside is amazing. Jules and I put everything into Darkside and it was an experience I’ll never forget.”