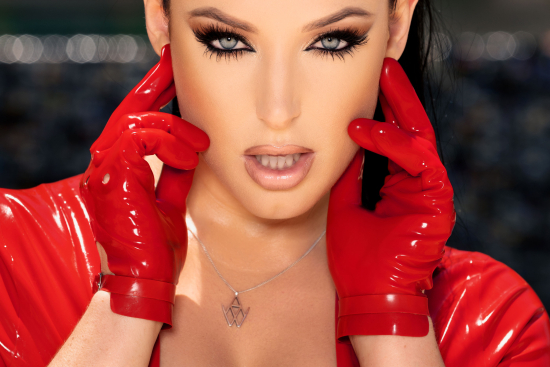 Topping the list was a win for Female Performer Of The Year. 2019 saw the release of critically acclaimed titles Angela White: Dark Side (Jules Jordan Video), Drive (Deeper/Pulse), and Perspective (Adult Time/Pulse), which were the tentpoles of Angela's impactful year. Those films strengthened an already solid and versatile filmography, securing her position among reviewers.

“Thank you to XRCO and all the voters for this incredible honor," said Angela. "To be inducted into the XRCO Hall of Fame and to take home six additional awards, including Female Performer of the Year for a third time is overwhelming. I’d like to extend a massive thank you to Jules Jordan for inviting me to be part of his acclaimed Dark Side showcase series, Bree Mills for giving me the opportunity to work alongside Seth Gamble in Perspective, and Kayden Kross for casting me alongside Maitland Ward in Drive. Thank you to my wonderful crew, my agent Mark Spiegler, and, last but not least, my fans, who continue to make all of this possible.”

This showing marks Angela's third Female Performer Of The Year win, a feat no other woman in XRCO Awards' history has accomplished.

Rounding out Angela's personal awards was the win for Superslut. Undeniably, she is one of the hardest working women in the industry. Her filmography stands on its own merit as Angela has a robust and varied list of scenes produced throughout 2019. Her organic love of sex and drive secured her the title of Superslut.

Angela White secures several wins in the 2020 XRCO Awards! From Best Actress and Superslut to a three-peat of Female Performer of the Year, it was a remarkable showing for the Australian star.