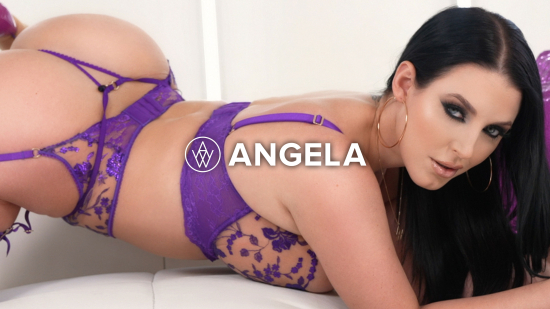 “Thank you to Dirty Bob and all the XRCO members for these five nominations," said Angela. "It is always an honor to be nominated, particularly given XRCO’s rich history as one of the industry’s longest-running award shows. This year’s XRCO Awards will be the first in-person industry event in over 18 months, and I am excited to see everyone on Tuesday night.”

For her performance in AllHerLuv's Seasons, Angela is up for the Best Actress award. In a role layered deep with character, Angela showed her acting skills and believability to a love troubled character.

This year's awards debut a new category, the "XRCO Personal Favorite." The organization's voters have selected performers that they consider to be among their overall choice of preference. Angela, an XRCO Hall of Fame member and former three-time XRCO Female Performer of the Year, is in the running for the inaugural trophy.

Finally, after another year of top-tier work, it's without question that Angela has earned a spot in the Female Performer of the Year category. A consummate professional, Angela not only brings her best work to every shoot, but she elevates the sexual energy in her scenes.

Angela will be attending the 37th annual XRCO Awards on October 12th. While there, she will act as one of the evening's presenters. The show will take place at Boardners in Hollywood. The venue is located at 1652 N. Cherokee Ave. Red Carpet for the event starts at 7 PM with the awards show beginning at 9 PM. Find more information on the XRCO Awards at XRCO.com.

Angela White lands five nominations in the 2021 XRCO Awards! The Australian sex bomb is in consideration for the categories Female Performer Of The Year, Best Actress, XRCO Personal Favorite, and more!