On the Saturday of NightMoves weekend, fans can connect with their favorite adult stars during the day 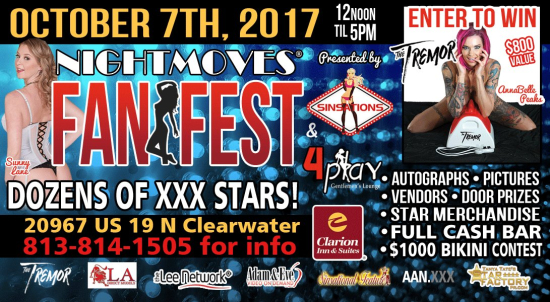 Demon Seed radio network will be on hand interviewing the performers. Learn more about Demon Seed at http://www.demonseedradionetwork.com/

One of the highlights of the day will be when Anna Bell Peaks announces the drawing for one lucky fan to win The Tremor machine, a sexy toy that knows how to Rock & Roll! (Valued at $800) and a gallon of Spunk Lube. Other prizes include weekend giveaways to Paradise Lakes valued at $250/ea, plus items from Wicked Pictures, Adam & Eve, Doc Johnson, It’s The Bomb and more!

Saturday evening you can watch the stars live on stage from 2001 Odyssey. You will be able to tip your favorite performer as well! Log onto www.2001Live.com and watch your  favorite stars perform …. Nude on Stage! If you can’t make it to Tampa, NightMoves will be posting photos from the awards show Sunday evening on Instagram (#NightMovesAwards). They will also be doing live Facebook feeds all weekend long and numerous Facebook posts.

The NightMoves® Awards, started in 1993, is the third oldest and continuously running adult awards show in the United States, trailing only the AVN Awards and the XRCO Awards. To be considered eligible, a movie had to have been released between June 16, 2016 and June 15, 2017. Individual Awards are also based on this same time frame except for those in the “New Starlet” category, whose performances between January 1, 2016 and June 15, 2017 qualify.

NightMoves fan voting ended September 15. The NightMoves® Awards were the first to allow fans to select their winners, making it the original Fan-Based Awards, as well as the first awards show to allow on-line voting. In addition to the Fan Awards, the show presents Editor’s Choice awards, based on reviews of DVDs in which nominated performers have appeared.

For more information on The NightMoves® Awards, please contact Paul Allen at 813-814-1505 or email at PaulAllen@NightMovesUSA.com or visit  http://www.nightmovesonline.com/

A press release issued by
www.StarFactoryPR.com
###

Posted at 05:09 AM in Angel Long, Nightmoves Awards | Permalink 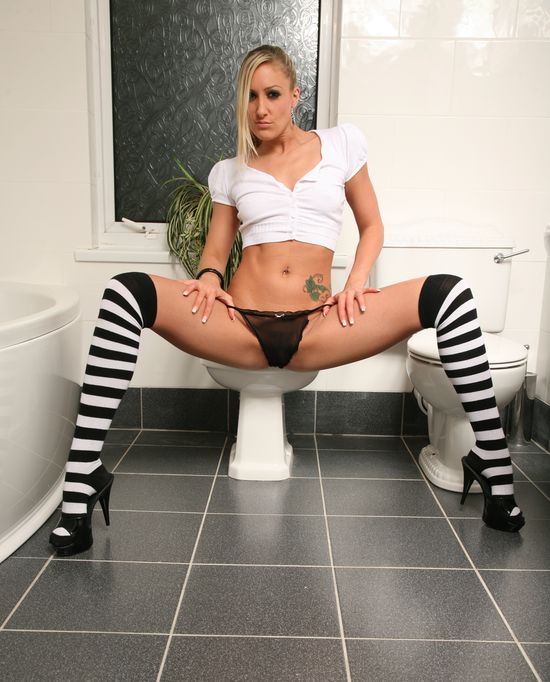 Angel Long is set to take directing in the adult industry by force with raw and real Angel Long Animal Instincts.

(HOLLYWOOD, CA) No stranger to the adult industry, the UK's naughtiest adult actress, Angel Long, is taking her career one step further by establishing a name for herself behind the camera. Having produced for three years for Television X, Angel Long has intimate experience with working behind the camera, from filming to editing, and photographing scenes and talent that made the creation of Angel Long Entertainments, her own production company, no surprise.

"I love every step of the creative process and I love creating and filming very real, filthy, and great sex," Angel said. "I want to create a raw, real experience for viewers that leaves them feeling like my scenes could happen anywhere - because they can!"

For a real, “in your face” closeup feel, Angel Long Animal Instincts was shot with multiple cameras including a Go Pro. Each episode is based around a sexual kink featuring spur of the moment hot sex. Lucky for the viewers, Angel and her camera are there to catch every minute of the thrilling of passion.

From group sex in the middle of a night club to a road trip gone naughty in a barn, from a webcam show controlled by Angel herself to a surprise interview and skate shop visit gone dirty, Angel Long Animal Instincts is sure to ignite viewers' inner perversions and most secret desires.

To watch Angel Long Animal Instincts, please visit: http://www.televisionx.com/series/angellongsanimalinstincts
or, if in the UK, tune to channels: Sky 903, Freeview 171, and Virgin 473.

Get ready to get naughty with the UK's naughtiest adult star Angel Long in her directorial debut Angel Long Animal Instincts.