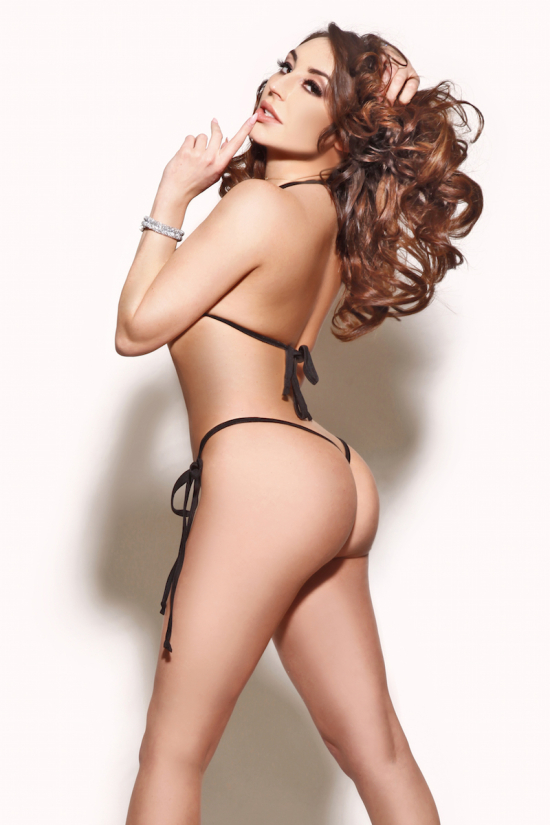 As one of the most exciting women in adult entertainment, Christiana Cinn is the star to watch. A larger than life personality coupled with her undeniable allure have catapulted this brunette beauty to stardom. Hailing from California’s Bay Area, Christiana always had a creative streak and expressed her talents through dance, ballet, and tap. This outlet sparked a desire in the Italian enchantress to entertain and perform for others.

When an opportunity to launch her modeling career arose with Playboy, Christiana went all-in appearing in several pictorials and videos. Her relationship with Playboy lasted two years before she set her sights on Penthouse where she was showcased on the cover four times. In January 2016, she was named Penthouse Pet of the Month and later 2017 Penthouse Pet of the Year runner-up.

Skyrocketing popularity led to Christiana putting her dancing abilities to use and she began headlining gentlemen’s club across the country. Drawing inspiration from legendary burlesque and cabaret performers, Christiana combines old-school performance styles with elaborate costumes for her shows. This unique approach has made her a hit on the club circuit, packing houses at every venue she performs at.

Christina’s continued successes have even led her to several award nominations. In 2016 she was up for XBIZ’s Best Scene — All-Girl for These Lesbos Are Strapped 2. In 2018 her work as a featured dancer has been recognized with an Exotic Dancer nomination for Adult Movie Entertainer of the Year award and NightMoves Award nomination for Best “Adult Star” Feature Dancer. The Inked Awards noted her performance with Charlotte Stokely in Penthouse’s Tell Me What You Want worthy of nomination for Best Girl/Girl Scene. Christina also worked the 2018 AVN Awards as the red carpet correspondent for Showtime. She was invited back to be the official host of 2019 GayVN Awards red carpet.

Viewers of the television show Sons of Anarchy went wild when Christiana made a cameo alongside such notable names as Puma Suede and Jenna Jameson. In the third episode of Season 7, Playing with Monsters, Christiana can be seen, fittingly, playing the part of an adult actress.

Outside of adult entertainment, Christiana has celebrated her passion of music, theatre and performing as part of the band Hot Sauce Holiday, a cabaret rock n roll show. She co-wrote and produced “Bacon and Eggs—The Mini Rock Opera,” their first rock opera. Hot Sauce Holiday, has played at many major venues in and around Los Angeles. The band then debuted a completely new rock opera experience during their monthly residency at the El Cid theatre, “Sugar On Top.” Songs by Hot Sauce Holiday are available on Spotify and Soundcloud.

Christiana has shown her hardcore side not just in award worthy scenes with production companies, but also with her personal website www.cinnvip.com.

When she’s not starring in videos, performing on stage or rocking out with her bandmates, Christiana is a basketball fan and enjoys a good Mojito. Her favorite music to move to is Hip-hop and EDM, but the music that puts her in the mood is R&B.

Christiana Cinn has made an impressive impact in her few short years in front of the camera, but the best is yet to come. Keep an eye on this star as she continues to dazzle everyone that sees her in action!