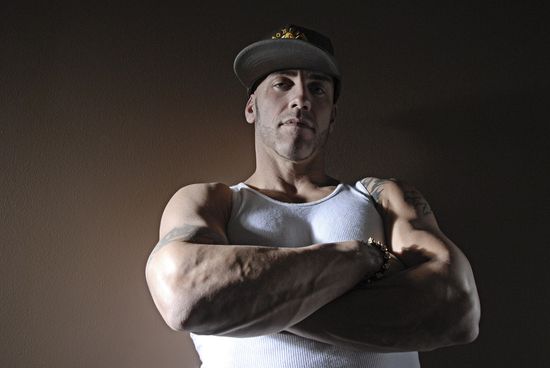 Since joining the adult film industry, the impressive actor has turned the heads of producers and talent alike with his ripped physique and on-set enthusiasm. Derrick won Best Male Performer at the 2009 NightMoves Awards, Unsung Male Performer of the Year at the 2010 AVN Awards, and Best Actor at the 2016 XRCO Awards for his leading role in Magic Mike XXXL.

The brawny bachelor is just as adventurous off-screen where he races motorcycles, continues to train in MMA and boxing, and gives hardcore crossfit workouts, in his spare time. He continues to stay on-top of his fitness game as Certified Personal Trainer.

Derrick was handpicked by Sunny Lynn Sytch to manhandle her in the title sequence of her Vivid sex tape, Sunny Side Up: in through the Backdoor. He played the lead Channing Tatum role in the movie Magic Mike XXXL. Not only did he give a stand up performance, his knowledge of choreography helped in perfecting the dance routines. Derrick also co-ordinated the MMA fight sequence and starred alongside the leading role in Ronda ArouseMe. He is the go-to guy in the adult industry for creating fitness, dance and fight choreography.

With the launch of www.DerrickPierce.com, the adult film star, mma fighter, and fitness enthusiast tackles the topics and issues of today's man. His unique brand of advice offers real world recommendations on sex, health, and wealth and everything in-between. Derrick intends to put his insights on the ‘art of being a man’ into a future practical dating-advice book for men.