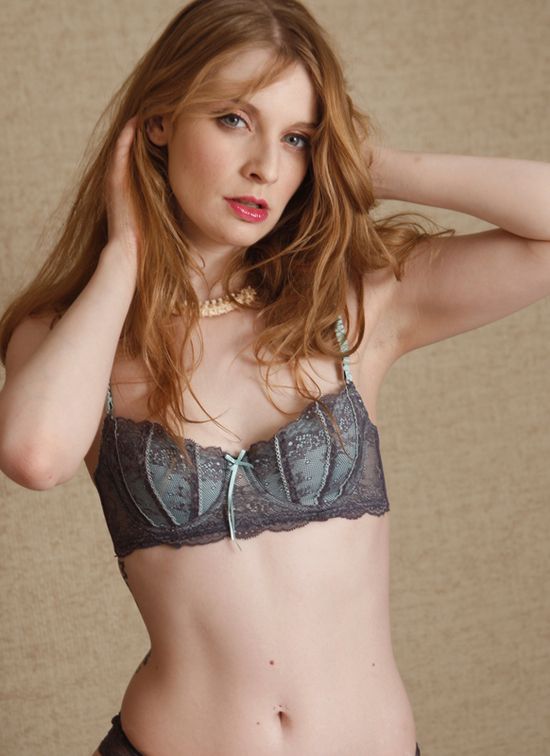 Slender and fetching, Ela isn’t your average XXX star. Growing up she was a member of the National Honor Society, spelling team, sci-fi club, and chess club. While a sophomore in college, the teenage goth performed as part of the sideshow for Circus della Morte in Dallas, TX before she started modeling. Ela went on to study forensics and human behavior and earned her Bachelor’s Degree in Forensic Psychology from the University of Texas at Dallas. By the time she was 21, the brainy beauty had also earned a Master’s Degree in Library Science focusing in Youth Literature and Services from the top library school in the country, the University of Illinois at Urbana-Champaign.

Before she dipped her toes in the XXX world, Ela started out as Associate Director and Head of Reference for her local library. At age 22, she gave non-nude soft-core bondage fetish videos a try, and the rest is history! Ela has performed for several notable companies including Wicked, Adam and Eve, Devil’s Film, Evil Angel, Filly Films, Kink.com, Zero Tolerance, and Juicy Pink Box. It should come as no surprise that the witty sexpot devotes her free time to serving as the elected President of APAC (Adult Performers Association Committee), advocating politically on behalf of the adult industry, playing Dungeons and Dragons, enjoys all things to do with Harry Potter and reading everything she can get her hands on.

In 2017, Ela was nominated for XBIZ's Crossover Star of the Year thanks to her rising status in the mainstream Virtual Reality industry. In 2016 she has been a featured guest and speaker at VR conferences all over Europe and Silicon Valley and brought mainstream press attention to the oft-overlooked adult industry through her VR evangelism.

The product of her company's partnership with CAM4, CAM4VR is recognized with several nominations at XBIZ and AVN awards 2017 including Best Virtual Reality Innovation/Site for AVN and Marketing Campaign of the Year for XBIZ. Her many girl-on-girl film performances have been recognized with a “Best Fetish Model” award at the 2015 LA Fetish Film Awards. Last year the Free Speech Coalition also named Ela “Performer of the Year” for her work dispelling the myths and misconceptions about the adult entertainment industry through advocacy, public awareness programs, and community service.

2018 is starting off with a bang for Ela. She received 3 nominations: AVN recognized her with a Favorite Camming Cosplayer nod and while Ela was nominated for two XBIZ awards she won for Crossover Star of the Year. At 2018 XBIZ, Ela did an XBIZ Talk and was on two Seminars on Virtual Reality.

Ela Darling self-represents and can be booked at:
[email protected]

VRTube can be contacted at:
[email protected]