Seductress KIARA MIA Invites You For An Intimate Experience With KiaraMia.com 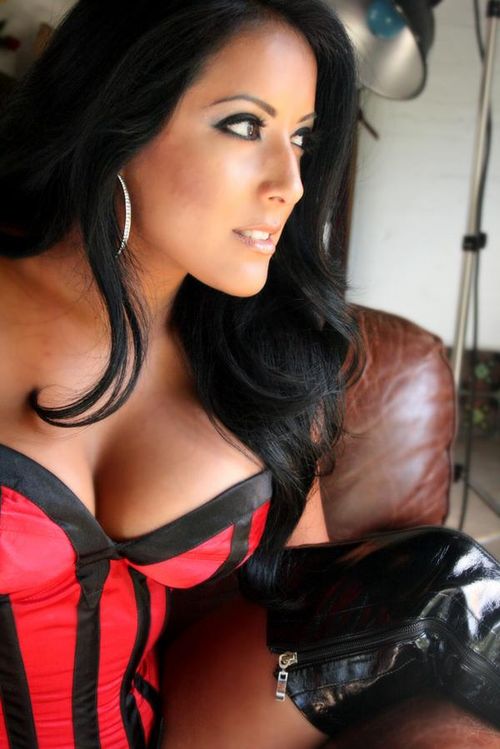 (Hollywood, CA) She is intoxicating, sexy and one of the most desirable new faces in adult entertainment, she is Kiara Mia. This fast rising starlet has joined forces with XXXSexCash to unveil her official website, KiaraMia.com. The site is now open and offers users a wealth of exclusive hardcore content that showcases Kiara’s incredible X-rated talents.

Membership includes access to thousands of explicit images, from sexy shoots to candidly caught play, explore the revealing galleries of Kiara. Hours of erotic high-def video that feature the busty brunette in shameless sex situations await those that venture inside.  Kiara also offers weekly cammshows, where members can play with the lusty Latina in an interactive setting. Tell her what you want to see, make requests or just sit back and watch her sizzle, it’s all up to you. Also accessible is a calendar of Kiara’s upcoming appearances; members will be the first to  know when and where she will be. With four weekly updates, there will never be any shortage of fresh material on KiaraMia.com.

Videos on the KiaraMia.com include Kiara in hardcore scenes with some of the hottest sex stars in adult entertainment. See Kiara in unbridled action with Nina Mercedez, "Miss Free Ones 2011" Sophie Dee, Isis Taylor, Sophia Santi and other sensual starlets. More of today’s top talent will join Kiara as she vows to video her sexual exploits and go further than she ever has before.

Kiara has become the girl to watch in the short time since she started her adult entertainment career. A unique beauty, Kiara has been seen in mainstream projects. Commercials from Dodge to PBS featured Kiara. Her round curves made her famous in the music video world as well; working with various music artist such as Baby Bash, Frankie J, and Lil' Rob. Thanks to the writer of "Training Day" David Ayer, Kiara Mia landed her first feature film role in his directorial debut of "Harsh Times", starring Christian Bale, Freddie Rodriguez, and Eva Longoria. Now, the brunette beauty has quickly amassed a legion of fans that continue to grow with every move she makes.  With the launch of KiaraMia.com, the thousands that follow Kiara on popular social networking site twitter (http://twitter.com/mysexykiaramia), can now revel in her “Not Safe For Work” exploits.

Thrilling new adult entertainment site KiaraMia.com is now open! Join now to get up close and personal with ‘up and coming’ sex siren Kiara Mia.