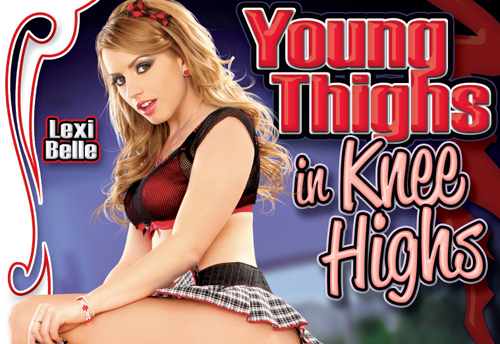 "I couldn’t wait to make this movie,” said Miles. “I have always wanted to explore the fantasies that younger girls have toward older guys. The more I thought about the movie, the more ideas I had and that gave me some great material for the set-ups in each scene."

Long knew exactly who he wanted for the movie’s boxcover: 2011 AVN Award winning Best Supporting Actress Lexi Belle. “Lexi embodies everything the quintessential young, hot girl next door should be,” explained Miles. “Innocent looking with a devilish side once she gets your clothes off. She has a warm, bubbly personality that can melt an ice cube when she turns up the heat. It also doesn’t hurt that she takes one of the best pictures in the business. The camera simply can’t find a bad angle on her.”

Rounding out the cast of hot young beauties are 2011 AVN nominated Best New Starlets Amy Brooke, Kimberly Gates, Brooklyn Lee and Lexi Swallow. “If you have ever fantasized about being a teacher in school, and having your hot young student force herself on you, or you wanted your local teen charity girl to do whatever it took to get your donation, this is the movie you’ll want to see. I don’t want to spoil the whole movie, so I’ll leave the other three scenarios to your imagination.” says Long with a mischievous grin.

Another of Miles' releases, Third Degree Films Official Deal Or No Deal Parody recently hit the streets. "We really pulled out all the stops. We had a mainstream makeup artist put a really believable bald cap on our host, we built an elaborate set to duplicate the series, and we even had an appearance by adult industry legend, Ron Jeremy." says Long.

In addition to his 6 recent AVN nominations and Hall of Fame induction, Long was nominated by XBIZ magazine for Director of the Year – Body of Work and Best Gonzo Release. Miles has also been in high demand for magazine work as well; Hawk magazine published his latest photo layout in their January issue and Club International featured Miles’ images of adult superstar Sunny Leone in a layout and on the cover of its March issue.

Miles Long is on the move! With several scorching hot new DVD releases, he’s making sure you get the finest in adult erotica! 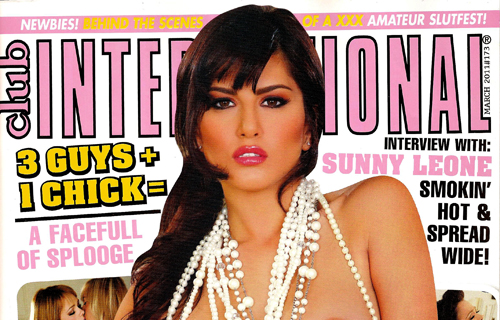 (Hollywood, CA) It’s going to be a hot seller, so be on the look out for the March issue of Club International! With a cover that features top adult star Sunny Leone, incredibly photographed by AVN Hall of Fame director Miles Long, these will be going fast. The issue, on stands now, also features a centerfold that exposes Sunny’s sexy attributes and leaves little to the imagination. Expertly shot by Miles, Sunny reveals herself intimately and shows the naughty side of her glamorous look.

“As always, I am so excited when I am chosen to be on a cover of a magazine this amazing,” explained Sunny. “Everyone at Club has always been wonderful to work with and I cant thank them enough.”

Miles has been on an incredible streak. He was recently inducted in to the AVN Awards Hall of Fame for his outstanding body of work. With a career that continues to reach new heights, Miles consistently delivers the finest films in adult video. The  2011 Xbiz Awards recognized his work with nominations for both 'Director of the Year - Body of Work' and 'Best Gonzo Release'. Long's latest movie project, Third Degree Films' Official Deal or No Deal Parody is a parody of the hit game show. The sure fire hit stars Michael Vegas as Howie Mandell as well as Alexis Texas, Gracie Glam, Brooklyn Lee, Lizz Tayler, Teagan Summers and Diamond Foxxx with a surprise guest spot by the iconic Ron Jeremy.

Grab your copy of the March issue of Club International, available now, to see the scorching hot Sunny Leone through the lens of Miles Long!