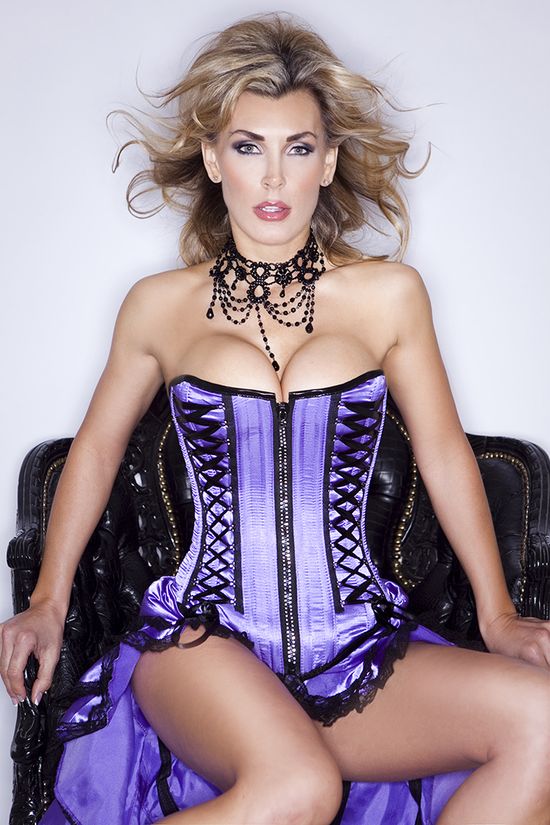 “I’m sure the lads and ladies work very hard and need a proper distraction from time to time,” said Tanya. “Should they visit my TanyaTate.com they will find loads of free content for their viewing pleasure, including video from Tanya Tate’s Casting Couch series.”

The prolific star has been featured on the cover of Turkish FHM over the summer and in a documentary film earlier this year from acclaimed photographer Deborah Anderson, titled Aroused.

Fans of Tanya are encouraged to enjoy the free content of TanyaTate.com. However, it should be noted that the site is generally considered “Not Safe For Work,”  unless one works at the House of Parliament. 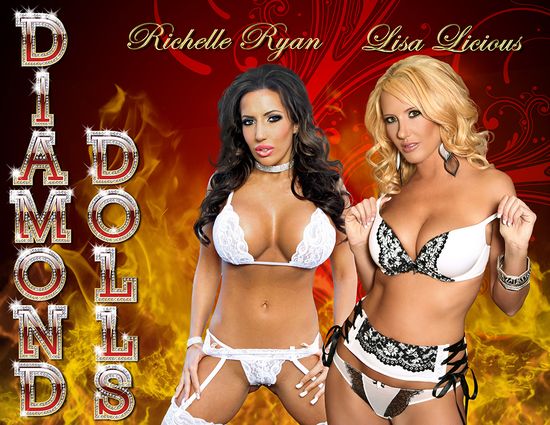 Lisa Licious is the hottest traveling showgirl Feature Dancer on the circuit today. Her many titles and accomplishments include:

The Treasure Club is Greensboro’s top Gentleman’s Club that features beautiful entertainers and a spectacular place to watch sports. At the Treasure Club, we feature over 30 top entertainers, numerous big screen TV’s and a state of the art 12-foot projection screen for all the action. We show all UFC pay per view events. The Treasure Club is also home to North Carolina’s only exotic limo ride. Come visit us and see what everyone in the Triad is talking about.

We offer a variety of dance options to suite your mood and we offer the best dance prices in town. Our entertainers offer VIP, Suite Spot, Champagne Room and our world famous limousine dances. Come see what makes the Treasure Club the most fun in Greensboro.

For more information or to book The Diamond Dolls to headline on stage at your gentlemen’s club please contact Centerfold Strips direct at 1-877-427-8747. 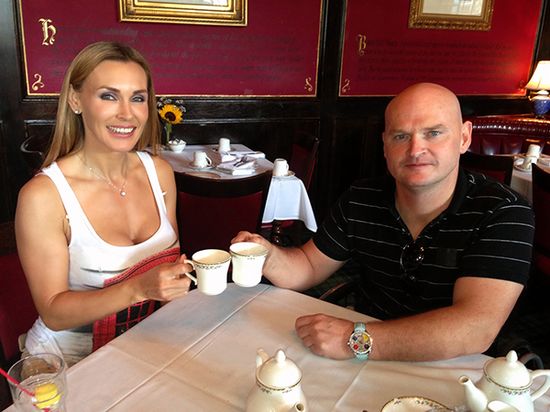 “Meeting fans is an essential part of a successful career as a performer,” Tanya said. “When I found out the premise of this documentary, I was very thrilled with the notion. I began my adult career in the UK and it was the support of my early fans that gave me the confidence to come to Los Angeles to pursue that career. I am certain the show will turn out brilliant and people who tune in across the UK are going to be wildly entertained.”

Earlier this year Tanya was featured in another documentary; Aroused. Famed photographer Deborah Anderson offers an intimate look at today's top adult stars while shooting images for her latest book; The Aroused Project. In the revealing film, Tanya discusses her journey into adult entertainment and the decisions that guided her incredible career from Liverpool to Los Angeles. Aroused is currently available from retailers or viewing on demand via Amazon, Netflix and more.

Tonight (22nd August 2013) on Shaftesbury Avenue, in the centre of London’s Soho, Britain’s most popular adult TV station, Television X, will be holding a private screening of the original uncut version of cult porn classic Deep Throat. Set to coincide with the UK release of the Linda Lovelace biopic Lovelace - 23rd August, this special event is going to be an unforgettable night. Celebrities from the world of adult and mainstream entertainment are expected to attend this media celebration. Television X has also extended an open invitation to the cast members of Lovelace who wish to take part of this historic event.

Deep Throat, will then be broadcast at 10pm on Television X on 23rd August across Sky and Virgin platforms and will also be made available On Demand on TVXflix on YouView and via the Television X website – www.televisionx.com. 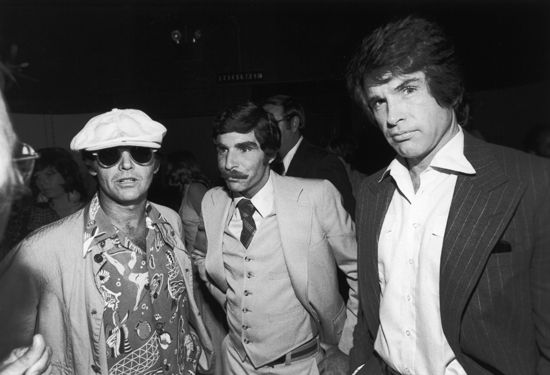 “Before you see the film about the film, see the film!” said Head of programming Chris Ratcliff about the seminal skin flick. “Deep Throat broke many taboos and paved the way for the adult industry in terms of breaking out into the mainstream. We want to celebrate this piece of work and get it out to a whole new audience.”

Another exciting week for Star Factory PR and our clients! A lot of interviews and a lot of media placement. That's A great thing about Star Factory PR, we make sure you get more than a press release. We try to get get you seen not just on adult news sites, but mainstream outlets as well.

So here is what has been going on this week:

As you can see are always keeping busy and this coming week we have a lot more coming. If you need PR and a boost in your adult entertainment career, don't hesitate to contact us for more info on what we can do for you! 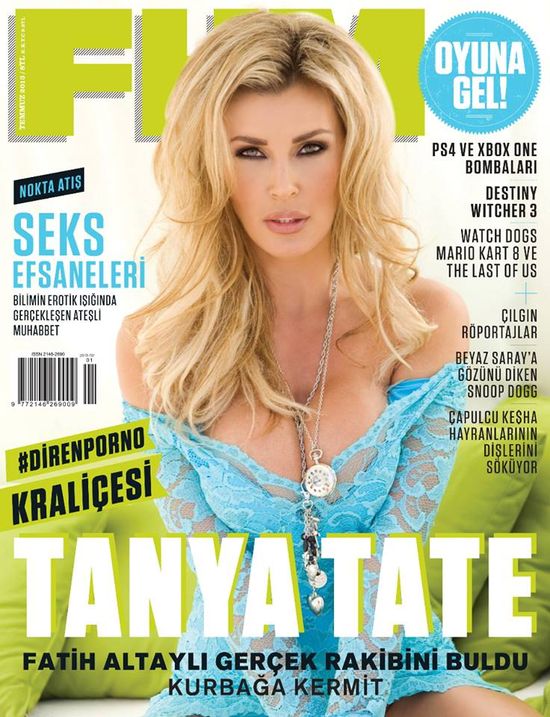 (Hollywood, CA) Adult entertainment superstar Tanya Tate (http://tanyatate.com) continues to prove her popularity is far reaching as the multi-award winning star is showcased in the Turkish FHM Magazine. Taking the cover, the delectable Miss Tate is spotlighted with several pages dedicated to the director/talent. FHM delves into the exciting career of Tanya; from adult performer to pop-culture cosplayer, Turkish readers are invited to explore the world of Tanya Tate.

“This is very thrilling,” said Tanya. “I’m honoured to not only be featured in FHM, but to be the issue’s cover girl. Needless to say, I’m extremely happy about all of this.”

The Turkish FHM magazine is available now via international newsstands. Information on the issue can be found on the magazine’s official website http://fhmturkiye.com or Facebook page: https://www.facebook.com/pages/FHM-Turkiye/76862788617.

Fans who want to get their Tanya Tate FHM magazine signed, can bring it buy the upcoming Exxxotica expo in Chicago this week. Tanya will be signing her latest DVDs and posing for pictures at the Club Spotlight booth. Exxxotica Chicago runs from July 12th -14th and takes place at the Donald E. Stephens Convention Center located at 5555 N. River Road in Rosemont. Ticket and other show information can be found on the official event website: http://chi.exxxoticaexpo.com/tanya-tate-to-appear/. To promote her appearance, Tanya has made a video that can be seen here:


FHM cover girl Tanya Tate is turning up the heat this summer. Meet the sexy superstar at Exxxotica Chicago this weekend!

Even with the Fourth of July holiday we were still busy here at Star Factory PR! Here is a re-cap of what was posted last week.

This week is going to be another big one, especially with Tanya Tate and Mellanie Monroe making appearances at Exxxotica Chicago. If you need a press release for Exxxotica Chicago, it’s still not too late - email us at info@StarFactoryPR.com.

So get ready for some thrilling news.

Things are really getting hot around the Star Factory PR office! We have been working hard on getting media placement for our clients. Just this week, a couple of our press releases made to the front page of AVN.com! Very cool. We have also took on a new client from England TVXflix.com. So expect to be hearing more about them. What else have we been up to? Let’s have a look shall we?

This upcoming week is going to be even bigger, so stay tuned and be sure to follow us across social media!

And if you are reading this and want some PR for your self, see the links at the top for contact info!

What did we have going on for Star Factory PR clients this past week? Check out the  links to these stories:

Listen to MELLANIE MONROE Live on Mancow in the Morning on Wed, June 19th at 6:30am

Listen to MELLANIE MONROE Live on iRadioPhilly's Jamz on Saturday, June 22nd at 11am PST/2pm EST

Remember to follow us on these Social Networking sites:
https://twitter.com/starfactorypr
https://www.facebook.com/StarFactoryPR

If you have any questions you can email us right here: Info@StarFactoryPR.com 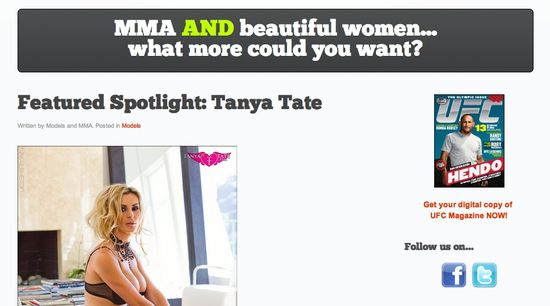 The british bombshell Tanya Tate is the featured spotlight on Models And MMA website. Tanya talks about her nominations, favorite movie role, her geek side which she loves to blog about on JustaLottaTanya.com and even a spot of Fleshlight wrestling. Models and MMA bring you hot babes and a whole load of MMA news. The perfect mix. Get reading Tanya Tate's interiew on MMAAndModels.com here: http://ow.ly/dnyqK