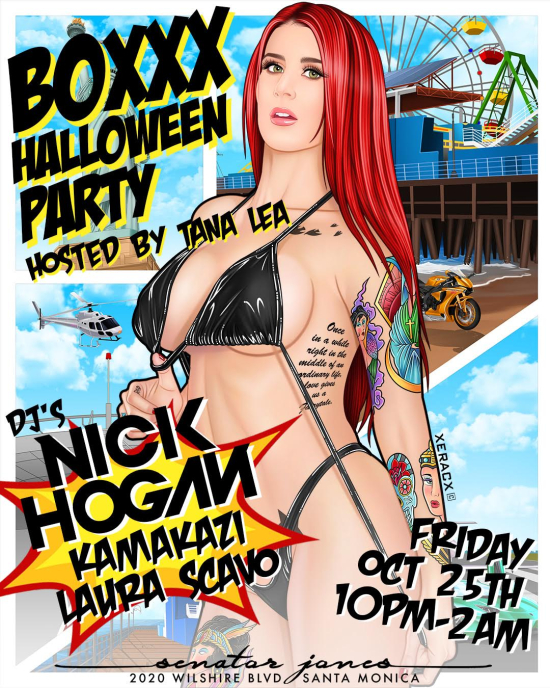 (HOLLYWOOD, CA) Adult entertainment actress and social media influencer Tana Lea (https://onlyfans.com/thetanalea) will host the BOXXX Halloween Party this Friday at Santa Monica's high-end nightlife destination Senator Jones. October 25th, the sexy seductress will be joined by her gorgeous girlfriends for a night of saucy tricks and steamy treats. The night will be layered with sounds as superstar DJ's Nick Hogan, Kamakazi, and Laura Scavo will keep the vibe flowing.

"The BOXXX Halloween Party is the only place to be this Friday night," said Tana. "I'm rounding up all the girls, and we will be slipping into our skimpiest Halloween costumes and heading over to Senator Jones. Awesome music, beautiful ladies, and lots of drinks. It's going to be wild."

Free entry before 11 pm to the BOXXX Halloween Party is guaranteed to guests who RSVP: https://www.eventbrite.com/e/boxxx-halloween-party-hosted-by-tana-lea-tickets-77919412059. The event is expected to hit capacity early, so an RSVP is encouraged. 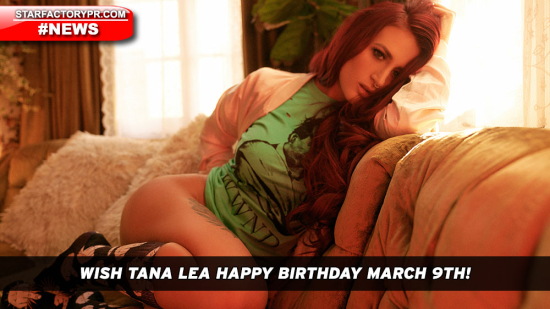 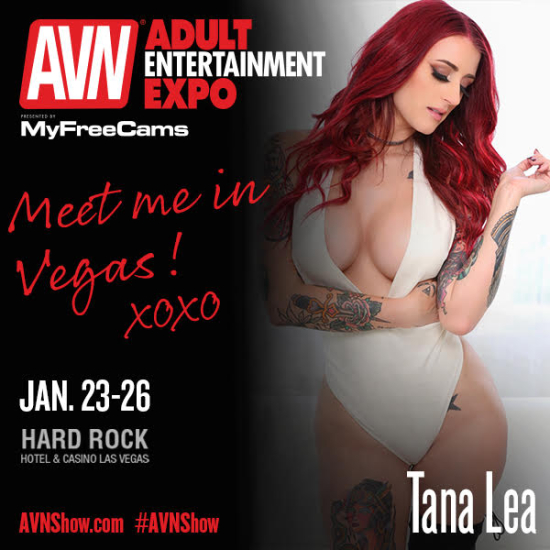 The fiery redhead has a solid schedule of signing appearances lined up this week.

(HOLLYWOOD, CA) 2019 AVN Awards Best New Starlet nominee Tana Lea (https://twitter.com/thetanalea) is set to meet fans this weekend at the Adult Entertainment Expo. The popular performer is heading to the annual event in Las Vegas with a full schedule. Tana will be appearing at the AVN booth, OC Modeling booth and FanCentro booth. While there, attendees can take a selfie with the star or get her autograph.

"I'm so excited about the AEE," said Tana. "This is the place to be. I can't wait to get out there and connect with all the fans."

The AEE is set to take place at the Hard Rock Hotel located at 4455 Paradise Road in Las Vegas. Ticket and additional information on the AVN Adult Entertainment Expo can be found on the show's official website: https://adultentertainmentexpo.com.

In support of her Best New Starlet nomination, Tana will attend the AVN Awards. The fiery redhead has had a phenomenal year filled with incredible sex scenes. Establishing herself as a larger than life talent, Tana has become a hit with critics and fans alike. In addition to her Best New Starlet nomination, Tana is also a contender for Most Spectacular Boobs in the AVN Awards fan-voted category

Make some time to meet Tana Lea this week in Las Vegas! The sexy superstar is appearing at the Adult Entertainment Expo!

As the annual Adult Entertainment Expo begins this week in Las Vegas, Star Factory PR clients will have some availabilities for media outlets. Here is everything you need to know! 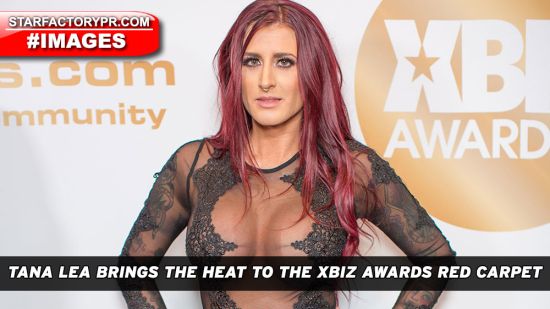 Fiery redhead Tana Lea wowed the crowd at the XBIZ Awards! She arrived wearing a barely-there black dress that showed off all of her amazing assets! Take a look!

#PR: TANA LEA Celebrates The Debut Of New Series “Hire Me” With A Release Party 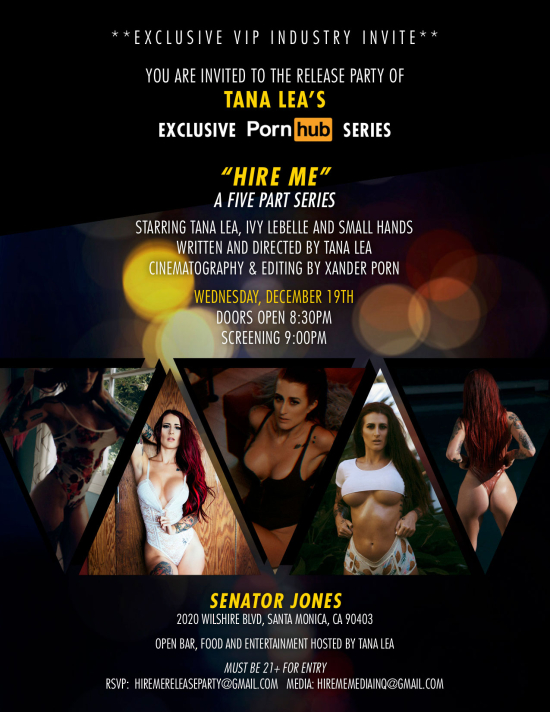 "Hire me is the second episode of my ‘after dark’ fantasy series,” said Tana. “Small Hands tries taking advantage of Ivy Lebelle after their first date and I step in and….you’ll just have to see what happens! I’m very excited about this project and felt to properly debut it, we needed to have a nice big release party.”

The Hire Me party starts at 8pm. Red carpet, VIP open bar networking will be sponsored by Tana. Many of the industry’s top talent and industry insiders are expected to make appearances.

Senator Jones is located at 2020 Wilshire Blvd in Santa Monica. More information on the club can be found on the venue’s website: http://www.senatorjones.la. To RSVP for Tana Lea’s Hire Party, please contact: HireMeReleaseParty@gmail.com. Media credentials for established outlets may be obtained by emailing: HireMeMediaInq@gmail.com. 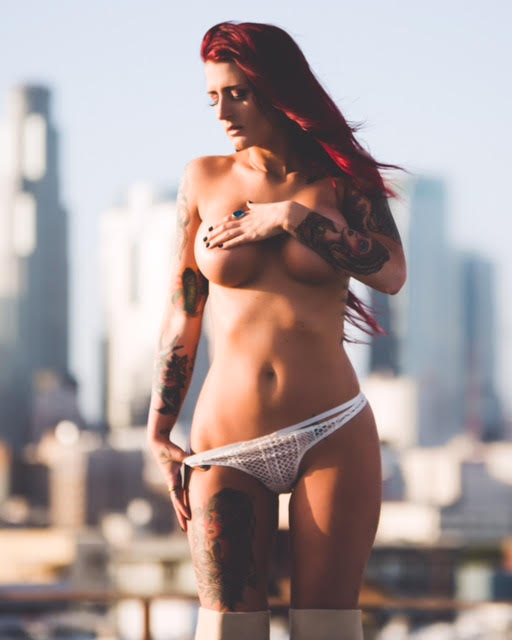 All of this has led Tana to become a strong AVN Awards Best New Starlet nominee.

“When the nominations were announced I was genuinely taken aback,” said Tana. “I had hoped that all the fun and sexy work I had been doing would be recognized. And I am so grateful that it was. I have a special thank you for everyone that has supported me and been part of my team. I’ve had an amazing year and the Best New Starlet nomination is an awesome representation of that.”

In addition to the Best New Starlet nomination, Tana is also a contender in the AVN Awards Fan Vote. For her awesome attributes, the buxom beauty is in the running to win Most Spectacular Boobs. Tana frequently flaunts her gorgeous 34DD breasts across several social media platforms, allowing her fans to enjoy her incredible chest. People can show their love for Tana and cast their vote for Most Spectacular Boobs here: https://avn.com/awards/voting/most-spectacular-boobs.

The winners of the AVN Awards will be announced at the annual gala in Las Vegas at the Hard Rock Hotel & Casino on January 26th, 2019. Voting is now open and continues through January 25th at 12:00 PM. Ticket and additional information is available on the AVN Awards website.

As the XBIZ Award nominations were announced Tana found herself with a Best New Starlet nomination.

“I can’t state enough how much being a Best New Starlet nominee means to me.” said Tana. “I’ve had an incredible journey in this industry and to have attained a nomination for my work is simply breathtaking.”

Fans looking to show their support for Tana’s nomination can do so by voting for her on the XBIZ website. Simply start an account and vote her as Best New Starlet here: https://xbizawards.xbiz.com/voting/1020.php.

The 2019 XBIZ Awards is set to take place Thursday, January 17th at the Westin Bonaventure in downtown Los Angeles. More information is available on the XBIZ Awards website.

Tana Lea heads into 2019 as a Best New Starlet nominee in the AVN Awards and XBIZ Awards! 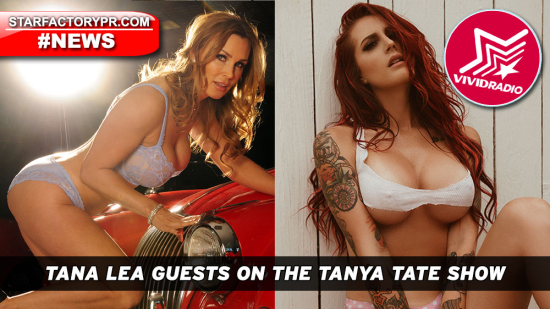 This Tuesday Tanya Tate will welcomes powerhouse performer Tana Lea on to the show! 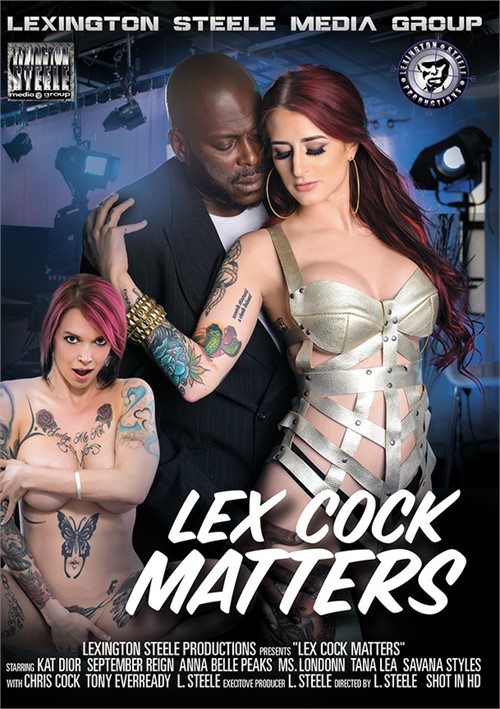 The fiery redhead goes one-on-one with The Impaler in Lex Cock Matters.

(HOLLYWOOD, CA) Adult entertainment starlet Tana Lea (https://twitter.com/thetanalea) stars in the new hardcore release Lex Cock Matters. The popular performer has been on a tear building a strong filmography over the last year and now she has added another exciting entry. In Lex Cock Matters Tana teases and tempts the veteran performer before taking him all in. The intense scene showcases Tana’s love of sex and the chemistry between the pair is intense.

“Fans are going to love my scene with Lex,” said Tana. “We worked really great together and it comes across in the video. I can’t wait for our next scene together”

Tana fans have two new titles to look forward to! See her in action in Lex Cock Matters and Tattooed Girls 3!