There are 20 National Categories and 18 Local Tampa Bay Area Categories that are decided by fan voting! Last year over 350,000 votes were cast! Results will be announced on October 9th, 2022, at Whiskey North Nightclub!

TAMPA, FL (JULY 10TH, 2022) – Online voting for the 30th Annual NightMoves Awards starts Friday, July 15th, and runs until Thursday, September 15th. Here is the national list of nominees that are found in 20 different categories ranging from "Best New Starlet" to "Best Feature Movie" to "Best Director." NightMoves gives out two awards in various categories - a "Fan's Choice" winner and an "Editor's Choice" winner. You can cast your vote by going to www.NightMoves.xxx!

"The NightMoves Awards have become one of the most important and coveted awards in the industry. The adult business is a multi-billion dollar industry that has been around since the early 1970s. NightMoves is an important part of that industry and is well recognized and respected from New York to California. We salute not only local adult business, dancers, bartenders, and DJs but also national film stars, directors, movies, and online companies," said Paul Allen owner of Nightmoves Magazine.

The NightMoves Awards show will take place at the Whiskey North Nightclub, 11921 N. Dale Mabry Highway in Tampa, Florida. Doors will open to the public at 7:00 pm on Sunday evening, October 9th.

That same evening "Star Caravans" invade the world famous 2001 Odyssey in Tampa, FL., and Silks Adult Entertainment in Clearwater. The Awards Show itself is Sunday night, October 9th, at the Whiskey North Nightclub in Tampa, followed by the "After Party" at Thee Doll House!

The awards show will feature the first NightMoves Feature Duo-Dancer Invitational. Seven of the top duo-feature dance acts in the USA will battle for $5,000 in prize money and a guaranteed return booking to a club in Tampa! Imagine two amazing performers on the stage at the same time doing stunts and tricks! It will be epic!

Award show tickets are only $30, and reserved seats are available. Please contact Paul Allen at 813-814-1505 or email at PaulAllen@NightMovesUSA.com for details.

Fans and industry people can log their votes for their favorite adult performers, directors, films, and feature dancers at: www.NightMoves.xxx.

Local (Tampa Bay) people vote for their favorite clubs, video stores, dancers, bartenders, and DJs also at: www.NightMoves.xxx.
The voting period runs from July 15th to September 15th, only one vote is allowed per IP address, and a legal ballot must have voted in at least 6 categories.

The NightMoves® Awards were the first in the world to allow fans to select their winners, making it the original Fan-Based Awards, as well as the first awards show to allow online voting. In addition to the Fan Awards, the show presents Editor's Choice awards based on reviews of movies in which nominated performers have appeared.

For more information on the NightMoves® Awards, visit:
http://www.nightmoves.xxx

Posted at 04:15 AM in Nightmoves Awards | Permalink 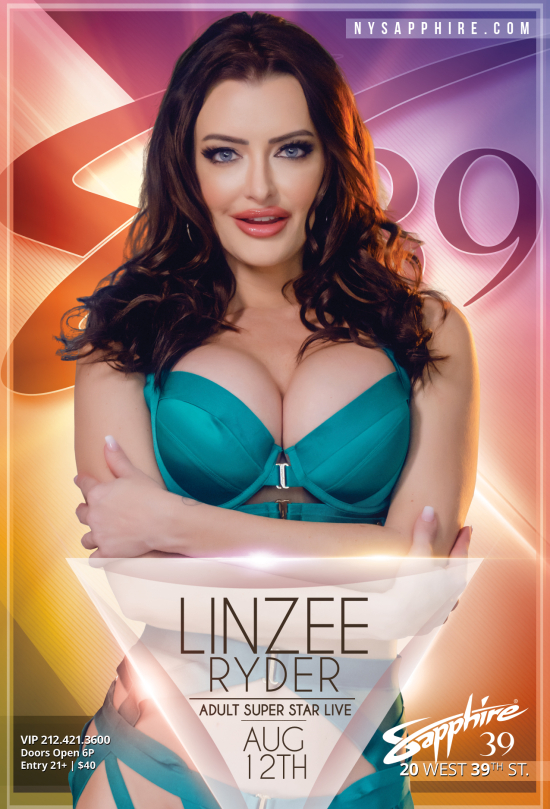 (HOLLYWOOD, CA) Adult entertainment superstar Linzee Ryder (https://twitter.com/LinzeeRyderXXX) will make a special appearance at the Sapphire 39 gentlemen's club. On August 12th, the sultry star will show off her sexy moves in a fiery striptease show. Star of dozens of hardcore videos, Linzee has seen her popularity explode. Her beautiful face and gorgeous body intoxicate viewers and leave them demanding more. Now, Linzee is headed to New York for one night of naughty fun!

"I'm thrilled to be back in New York and on stage at Sapphire 39!" said Linzee. "It is such a turn-on to tease and tempt all the people that come to see my shows. I have some very naughty stripteases that I am excited to share."

Linzee's Sapphire 39 event promises to be a night to remember. Following her on-stage naughtiness, Linzee will meet fans for photo ops and autographs. Sapphire 39 also offers special VIP packages that allow dedicated fans the opportunity to get up close and personal. Call the club to get all the VIP details - (212) 421-3600.

Locate Sapphire 39 at 20 W 39th St in New York. More information on Linzee's appearance is available on the Sapphire 39 website at https://www.nysapphire.com/NY-Sapphire-39-Adult-Star-Linzee-Ryder-Live.html.

Want to meet Linzee Ryder? Make sure you are at Sapphire 39 on August 12th! She'll put on a striptease show you'll never forget! 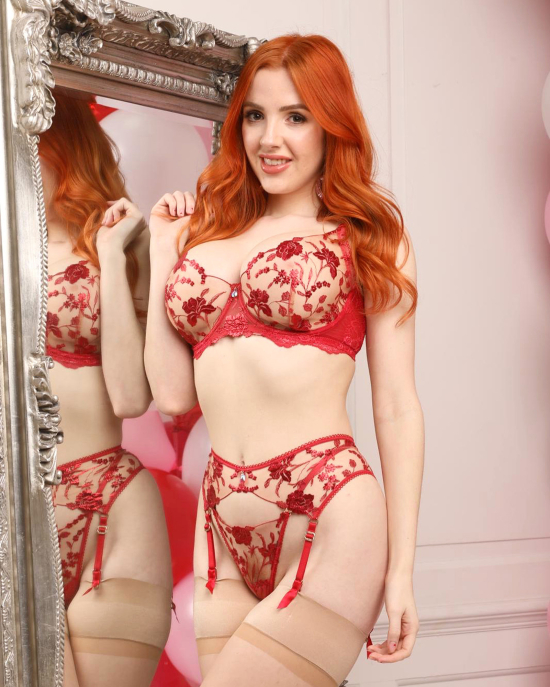 Fans can vote for Scarlett in the Best New Performer and Premium Social Media Star of the Year titles.

"It's quite an honor to see I have been nominated for these awards," said Scarlett. "I've had an incredible year, and I'm so thrilled to see it pay off with six XBIZ Europa Award nominations!"

Fans who want to show their admiration and support for Scarlett can vote for her in two categories:

The XBIZ Europa Awards will take place on August 20th in Berlin.

Vote for Scarlett Jones in the XBIZ Europa Awards! You can help her win the Best New Performer and Premium Social Media Star of the Year trophies! 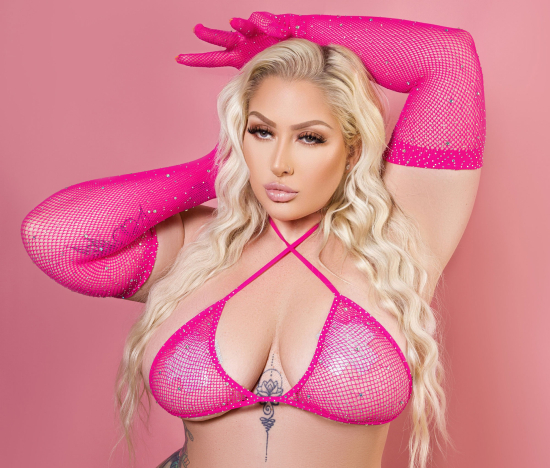 Fans can help Mz Dani win the title by voting for her.

To win the award, Mz Dani is looking to fans and followers to show their support and vote for her. Voting is now open and can be found on the Urban X Award website - https://urbanxawards.com/voting.

"This is my first award nomination, and I love that it is with Urban X! I love that they pride themselves on diversity and giving all creators a chance!" said Mz Dani. "This is truly a fan-based vote, and I think that's most important! I started my career as a social media influencer so being nominated in that category really shows my hard work has paid off! The list of other talents in this category are just WOW! I'm honored to be among all these beautiful stars! Thank you to all my fans and co-workers who voted for me and continue pushing me! Good luck to everyone in all categories!"

Urban X will announce the award winners during the Urban X Weekend of events. A three-night series of parties taking place in Los Angeles from July 18th through the 20th.

Mz Dani is a solid contender to win the Urban X Award for Social Media Star! Show your love for the blonde bombshell and vote! 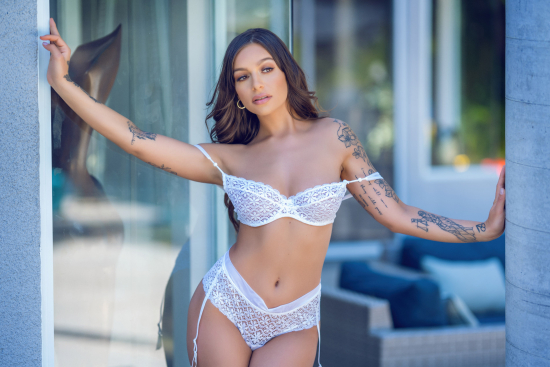 The powerhouse performer has teamed up with the publicity company to promote her upcoming projects.

"I'm proud and excited about all of the sexy scenes and movies I have coming out," said April. "I needed to add to my team people who know how to get the word out and let the fans know what to look out for. Tanya is well-versed in that."

"April is an exciting woman to watch," said Tanya. "Each one of her scenes is electrifying. Her passion is amazing to watch. April is a beautiful, professional performer, and we are thrilled to be assisting her with her career goals." 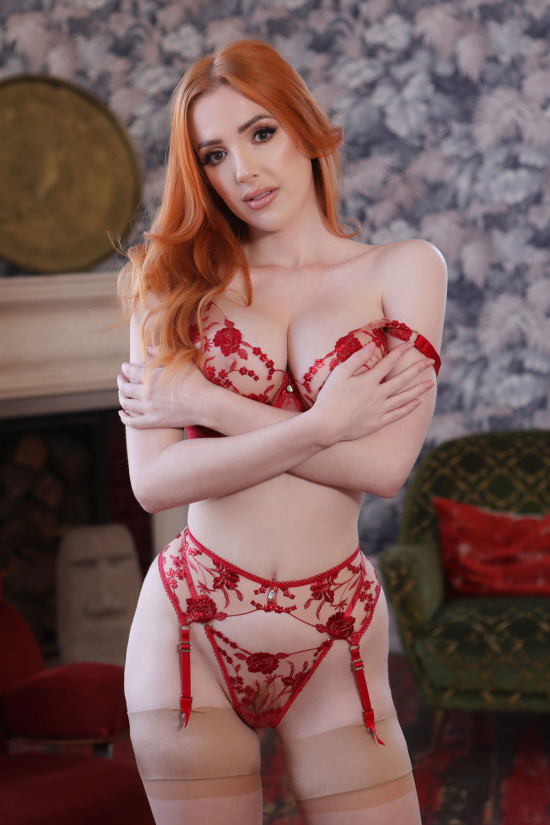 ITV2 broadcast Scarlett's episode across the UK this past week.

(HOLLYWOOD, CA) Adult starlet Scarlett Jones (https://twitter.com/ScarlettJonesUK/) is featured in an episode of the ITV2 mainstream documentary series Olivia Attwood: Getting Filthy Rich. Former Love Island star, Olivia Attwood, hosts the program as she takes viewers into various areas, including OnlyFans creators, self-employed porn stars, Cam Girls, and 'Sugar Babies' who can make thousands every month from their loyal subscribers. Scarlett is one of the industry's up-and-coming talents, with a fanbase growing at an astonishing rate. Having only launched her hardcore career in 2021, Scarlett is making an incredible impression and has already landed the XBIZ Cam Award for Rising Premium Social Media Star. The sultry seductress will see her fanbase expand even more with the nationally broadcast ITV2 program.

"I think what we as content creators do is very interesting," said Scarlett. "Thanks to sex work, many people have found new and thriving careers in adult entertainment, and I'm fortunate to be one of them. I was thrilled to be a part of Olivia's documentary, and I think it reflects positively upon our industry." 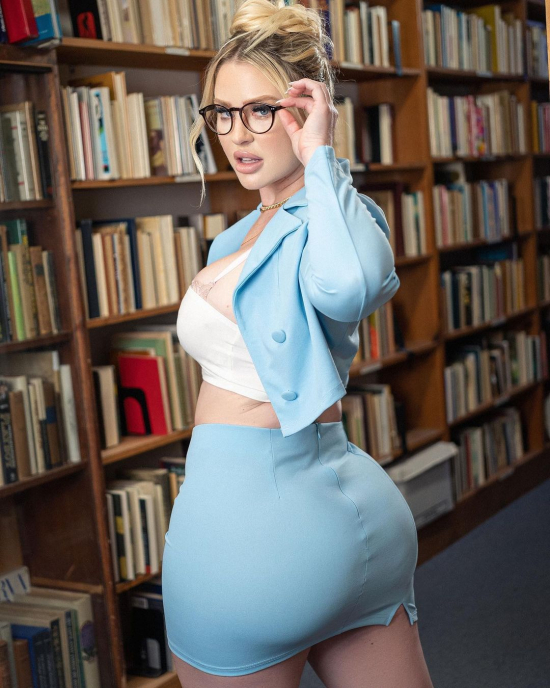 Recently Jenna made an appearance on the Mix Masta B podcast. The powerhouse performer discussed her impressive adult entertainment debut, her favorite people to work with, and what fans can expect to see of her in the future. Listen to Jenna's episode of the Mix Masta B podcast at http://www.mixmastab.com/2022/07/mixmastab-interviews-adult-xxx.html. 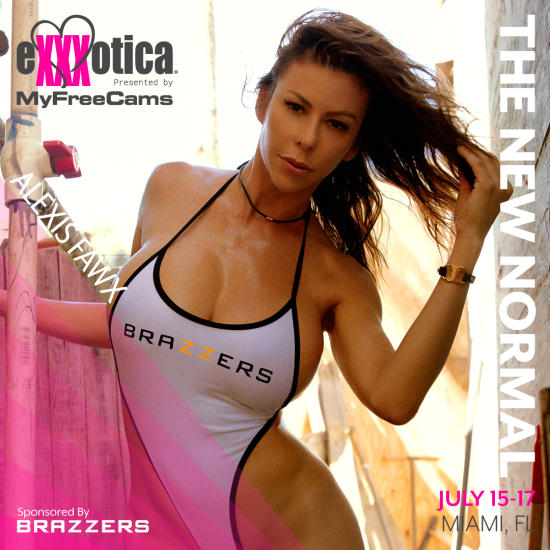 EXXXOTICA Miami will be at the Miami Airport Convention Center, located at 711 NW 72nd Ave. in Miami, Florida. Find additional information on the event and Alexis's appearance at https://exxxoticaexpo.com/stars/alexis-fawx-to-appear. 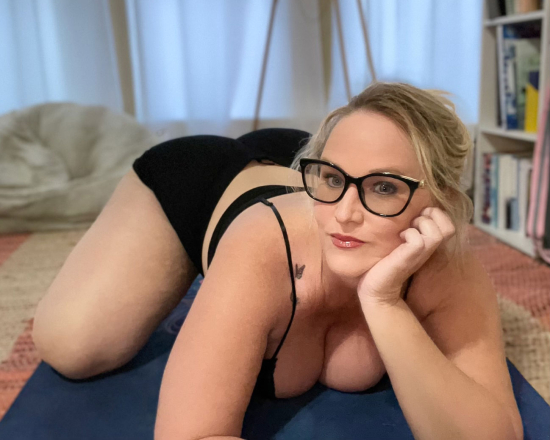 (HOLLYWOOD, CA) Dee Siren (https://twitter.com/MrsSiren) invites fans to experience yoga and meditation with her on ePlay (https://www.eplay.com/DeeSiren) and TikTok (https://www.tiktok.com/@dee.siren). Streaming simultaneously on both platforms, Dee presents her followers with unique and introspective content. With her yoga and meditation sessions, the model offers a side of herself that she hopes viewers will find engaging.

In addition to her yoga shows, Dee also spices up her ePlay stream with an abundance of sexy shows and videos. Subscribers will enjoy intimate shower sessions and more.

Join Dee Siren for yoga and meditation sessions. You can experience them on ePlay or TikTok! 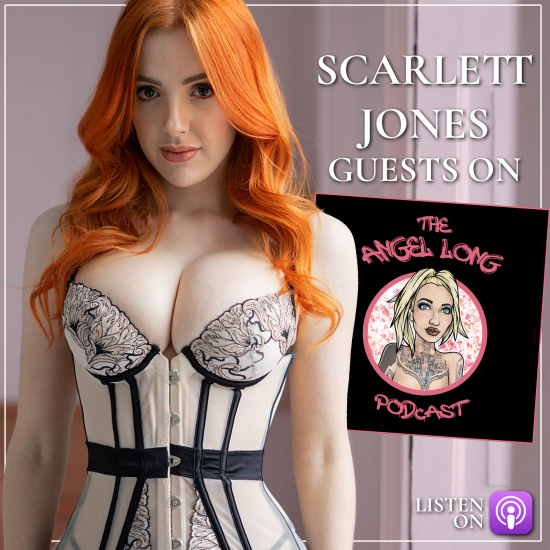 This is a podcast you need to hear! You can listen to the naughty action on Apple Podcasts at https://podcasts.apple.com/gb/podcast/uk-pornstar-scarlett-jones-talks-a-l-sex-bjs-on-the-motorways/id1556879580?i=1000561383177.